How to improve unbalanced current in three phase system?

1. Pay attention to the reasonable distribution of three-phase loads

On the distribution of three-phase loads, electric power workers should collect and record relevant data carefully in actual work, so as to achieve a state that can predict the electricity load to a certain extent. Secondly, the distribution problem of better three-phase balance can be achieved by installing a balancing device.

In some ground g with low-voltage three-phase four-wire system, a reactive power compensation device for adjusting unbalanced current can be added to solve the various consequences caused by the unbalanced current phenomenon in the power grid that often occurs. Such a device can not only compensate for system reactive power, but also adjust the effect of unbalanced active current. In addition, according to the different conditions of the load moment in the actual situation, the appropriate adjustment of the wiring method also has a certain influence on the reasonable distribution of the three-phase load.

According to the compensation principle of unbalanced current and susceptance, at any determinable moment, there are mainly three-phase ungrounded unbalanced loads, then each of them can be connected in parallel with the same resistor and capacitor. Therefore, under the guidance of the unbalanced current management susceptance compensation theory, the equivalent of different properties can be analyzed to determine the reactive power compensation amount between phases and relative to ground. When the distribution transformer needs to compensate the unbalanced current, the following principles should be satisfied. First, it should be noted that the current governance should have two contents, one is to compensate the power factor, and the other is to adjust the three-phase current imbalance, which together determine the reactive power required for compensation. 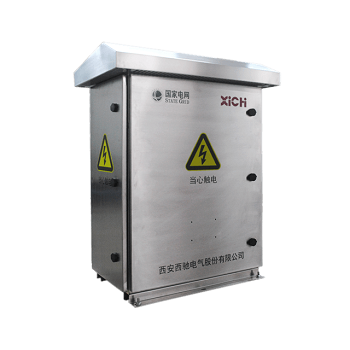 The second point is that in the actual project construction, a full-capacity governance method should be adopted, which should be distinguished from inductance compensation to avoid serious overcompensation. The third point is to consider that the load will change with time. Based on this characteristic, the compensation amount should also be adjusted appropriately according to the change of the load. The fourth point is the limitation of switching times of device switches and compensating equipment, and it is necessary to strategically manage the optimization plan throughout the day during design. In short, when setting the proportional adjustment factor, it is necessary to consider both the power factor limitation and the overcompensation limitation.

It is also very necessary to regularly open the detection of three-phase loads. After the reasonable allocation and control of the three-phase compliance, the relevant departments should set up inspection work. The balance of power cannot be absolute, it can only try to achieve a relative balance. In the actual testing work, each department should use the balance measurement index formulated by the state and relevant departments as a standard, and professionally conduct the testing results. It can record and analyze the load current of each phase regularly, so as to find out the unbalanced condition of some three phases in time.

When the parts with potential safety hazards are found in the inspection process, they should be adjusted and modified in time. Vigilance should also be increased for the parts where no problems were found during the inspection process. After the inspection, it is not only necessary to organize and analyze the data, but also to provide timely feedback. The feedback here mainly refers to the adjustments that need to be made for the three-phase inferred from the detection results, as well as the prediction of the possibility of using the new technology in the three-phase. Through reasonable detection and in-depth analysis of the detection results, we can avoid the occurrence of unbalanced phenomena to the greatest extent and reduce the occurrence of electricity accidents.

Advantages: simple installation and low cost; only need to deploy several phase-to-phase compensation capacitors on the three-phase line in the station area.

Disadvantages: The balance effect is poor, resulting in serious over-compensation of the power supply network in the entire station area, lowering the power factor, and in severe cases, the neutral current may not decrease but increase.

Summary: It can not control the three-phase imbalance, and even has the opposite effect.

The power electronic converter is used to transfer the active power between the three phases, thereby solving the problem of unbalanced load on the three-phase windings of the transformer.

Advantages: solve the problem of transformer loss caused by three-phase unbalance; simple installation, only need to select the installed rated capacity according to the unbalance degree and transformer capacity.

Summary: The installation is simple, and it can solve the problem of change and loss, but it cannot solve the problem behind the equipment. The station area is still in an unbalanced state, and the noise is very loud and easy to disturb the people.

Disadvantage: The amount of engineering is slightly larger when installing the commutator.

Summary: The installation work is slightly larger, which can really solve the three-phase imbalance problem in the Taiwan area, and it is quiet and low consumption.