In a strict sense, harmonics refer to the electric current with a frequency that is an integer multiple of the fundamental wave. Generally, it refers to the Fourier series decomposition of the periodic non-sinusoidal electric quantity, and the rest is greater than the fundamental wave. The amount of electricity produced by a current of frequency.

According to the different harmonic frequencies, it can be divided into:

Harmonics whose rated frequency is an odd multiple of the fundamental frequency are called "odd harmonics", such as the 3rd, 5th, and 7th harmonics.

Harmonics whose rated frequency is an even multiple of the fundamental frequency are called "even harmonics", such as the 2nd, 4th, 6th, and 8th harmonics.

Generally speaking, odd harmonics cause more harm than even harmonics.

In a balanced three-phase system, due to the symmetry relationship, the even harmonics have been eliminated and only the odd harmonics exist. For three-phase rectified loads, the harmonic currents that appear are 6n±1 harmonics, such as 5, 7, 11, 13, 17, 19, etc. 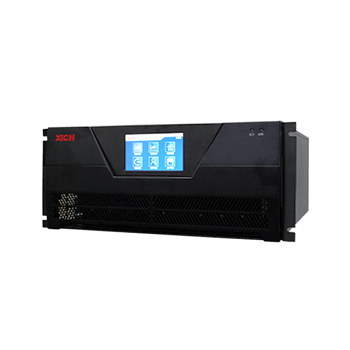 Using the principle of Fourier analysis, a non-sinusoidal signal can be decomposed into basic parts and its multiples.

In power systems, the root cause of harmonic generation is due to nonlinear loads. When the current flows through the load, it does not have a linear relationship with the applied voltage, and a non-sinusoidal current is formed, that is, there are harmonics in the circuit.

The phase of the fundamental component of the input current of this circuit is roughly the same as the phase of the supply voltage, so the fundamental power factor is close to 1. However, the harmonic components of the input current are very large, causing serious pollution to the power grid and making the total power factor very low. In addition, power electronic devices such as phase-controlled AC power adjustment circuits and cyclic converters also generate a large amount of harmonic current on the input side.

An ideal utility grid should provide a single, fixed frequency with a specified voltage amplitude. The emergence of harmonic current and harmonic voltage is a kind of pollution to the public power grid. The environment in which the electrical equipment is used deteriorates, and it also affects the surrounding power and electronic equipment.

Some researches have been made and there is a certain understanding, but harmonic pollution has not attracted enough attention at that time. In the past 30 or 40 years, the rapid development of various power electronic devices has made the harmonic pollution of the public power grid more and more serious, and various faults and accidents caused by harmonics have also occurred. The harm of harmonics to the utility grid and other systems is roughly in the following aspects.

(1) Harmonics cause additional harmonic losses to the components in the public power grid, reducing the efficiency of power generation, transmission and electrical equipment, and a large number of 3rd harmonics flowing through the neutral line will cause the line to overheat and even cause a fire.

(2) Harmonics affect the normal operation of various electrical equipment. The influence of harmonics on the motor not only causes additional losses, but also produces mechanical vibration, noise and overvoltage, which will cause severe local overheating of the transformer. Harmonics make capacitors, cables and other equipment overheat, aging of insulation, shortened life, and even damaged.

(3) Harmonics will cause local parallel resonance and series resonance in the public power grid, thereby amplifying the harmonics, which greatly increases the harm of the above (1) and (2), and even causes serious accidents.

(4) Harmonics will cause malfunction of relay protection and automatic devices, and will make the measurement of electrical measuring instruments inaccurate.